This was initially created in honor of Mothers Day...
This demo track was recorded back in 2004 on my Boss BR-864 Portable Digital Studio; being somewhat influenced and inspired by a few things, to include the songs: 'Lady Madonna', by The Beatles, and 'Woman In Chains', by Tears for Fears. As well as, the story book character: Lady of Lothlorien, from The Hobbit and The Lord of The Rings fantasy works, by J.R.R. Tolkien.
It also does have some influence in there as well, in relation to the (alleged) apparitions of Mary (which I always thought were kind of interesting, from my Catholic School days) to create a sorta' like fantasy, children's fairy tale type story line, in the same spirit of the Tolkien works noted here; and in a somewhat similar vein as some of the musical works by the band Genesis...
Posted by Vito Masilotti at 12:18 PM No comments:

This track, was somewhat influenced in part, by a book written by David Wilcock called:
The Ascension Mysteries...
Posted by Vito Masilotti at 12:15 PM No comments:

There is a distinction (not really emphasized here though) between opinion (every one is entitled to their own opinion for example) fact (of which knowledge could prevent one from say, being deceived, swindled, or when such knowledge of someone could possibly even save one's life for instance) and outright, deliberate (knowingly false) defamation, that is designed with 'malicious' intent (that is the keyword here) to destroy a person's reputation, character, and well-being; even sometimes orchestrated to negatively effect an innocent person's means of earning a decent living, for example. That is a crime, and a very serious and evil thing... 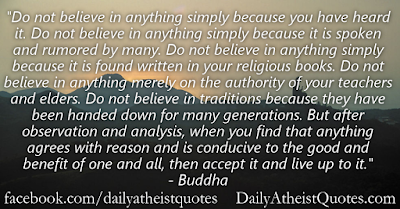 Posted by Vito Masilotti at 1:05 PM No comments:

Trump (as I had always strongly suspected) was never anything other then a con-man. (And one of the best there is, mind you). And he undeniably proved that at the end of his term; in my strong opinion anyway. He is nothing more then a (borderline) Narcissist/Sociopath (I am sorry to say) who never really genuinely cared about anyone else but himself; as well as being erratic and seemingly (mentally) unstable in all his ways. He was therefore, basically a disaster as President. (But unfortunately, definitely not the first who was). Good riddance... Sorry, Donald. But ahhh!!! W.T.F. man?
Posted by Vito Masilotti at 10:02 PM No comments:

Candice Night & Ritchie Blackmore talk about their new album "Nature's Light", as part of this new three-part interview series.
On March 12th, 2021, Blackmore’s Night have released “Nature’s Light”, their eleventh studio album. The ten new tracks make for a remarkable new record – one that could only have been written by Candice Night and Ritchie Blackmore. Once again, Blackmore's Night are successfully mixing the tradition of Folk music and the love for the Renaissance era with their style, inspired by the myths and legends of ancient times. “The story of “Nature’s Light” is the story of nature being the true queen and the simplicity and magic of everyday miracles that happen right before your eyes”, says Candice Night. “If you feel stagnant or repressed in your surroundings, it is important to take a break from the mundane and go where your heart leads you. It allows you to recharge and begin again with fresh and renewed energy. For some it is the ocean, for some the woods, for some feeling the sun on your face. Our music is an escape from the stress and pressure of modern times. Journey back through time with us, to a simpler, magical time where music enters your heart and soul.” Transcend time with Blackmore's Night to a world with no stress, just the beauty of nature, and fairy tales, sunsets and moonlit skies. Welcome to the Blackmore's Night family. Immerse yourself in their ethereal music. While the album is rooted in a traditional approach, fans of Ritchie Blackmore’s unique style will once again not be disappointed. Heartfelt ballads such as a brand-new version of ‘Wish You Were Here’ set the scene for magical tales on ‘Four Winds’ and ‘The Twisted Oak’. For the two instrumental tracks - ‘Darker Shade Of Black’ and ‘Der letzte Musketier’ – Ritchie shows that his brilliance on the guitar is still magic as it always was. On March 12th,2021, the band’s new studio album “Nature’s Light” was released on multiple formats via earMUSIC. Among these is a Strictly Limited 2CD Hardcover Mediabook Edition including a bonus CD featuring a carefully selected set of Blackmore’s Night’s masterpieces from their extensive back catalogue. Furthermore, the album will become available as a CD Digipak Edition, a Strictly Limited Heavyweight 1LP Gatefold Edition on Yellow Vinyl, a 180g 1LP Gatefold Edition on Black Vinyl as well as Digital...
"Ritchie is more than humble in his lead guitar contributions in many of Blackmore's Night music. That is what makes his performances more anticipated as well as relished. Candice harmonizes with her main melody which adds symmetry. Beautiful!!"
-Christopher Conard (YouTube Viewer).
Ritchie Blackmore has always been a big musical influence for me, since his days with Deep Purple and Rainbow, and seems to have matured so much since that time, in more ways then one. Really cool musician, and person...
Posted by Vito Masilotti at 6:59 PM No comments:

When Will The Housing Market Crash?

Posted by Vito Masilotti at 10:46 PM No comments:

Posted by Vito Masilotti at 12:57 AM No comments:

Posted by Vito Masilotti at 1:58 AM No comments:

Posted by Vito Masilotti at 1:44 AM No comments:

ITALIAN LIVES MATTER: Was Columbus in the Mafia?

Posted by Vito Masilotti at 11:46 PM No comments:

Vito Masilotti
"The one who really knows, knows without books. The so called learned know nothing." -The Tao Te Ching